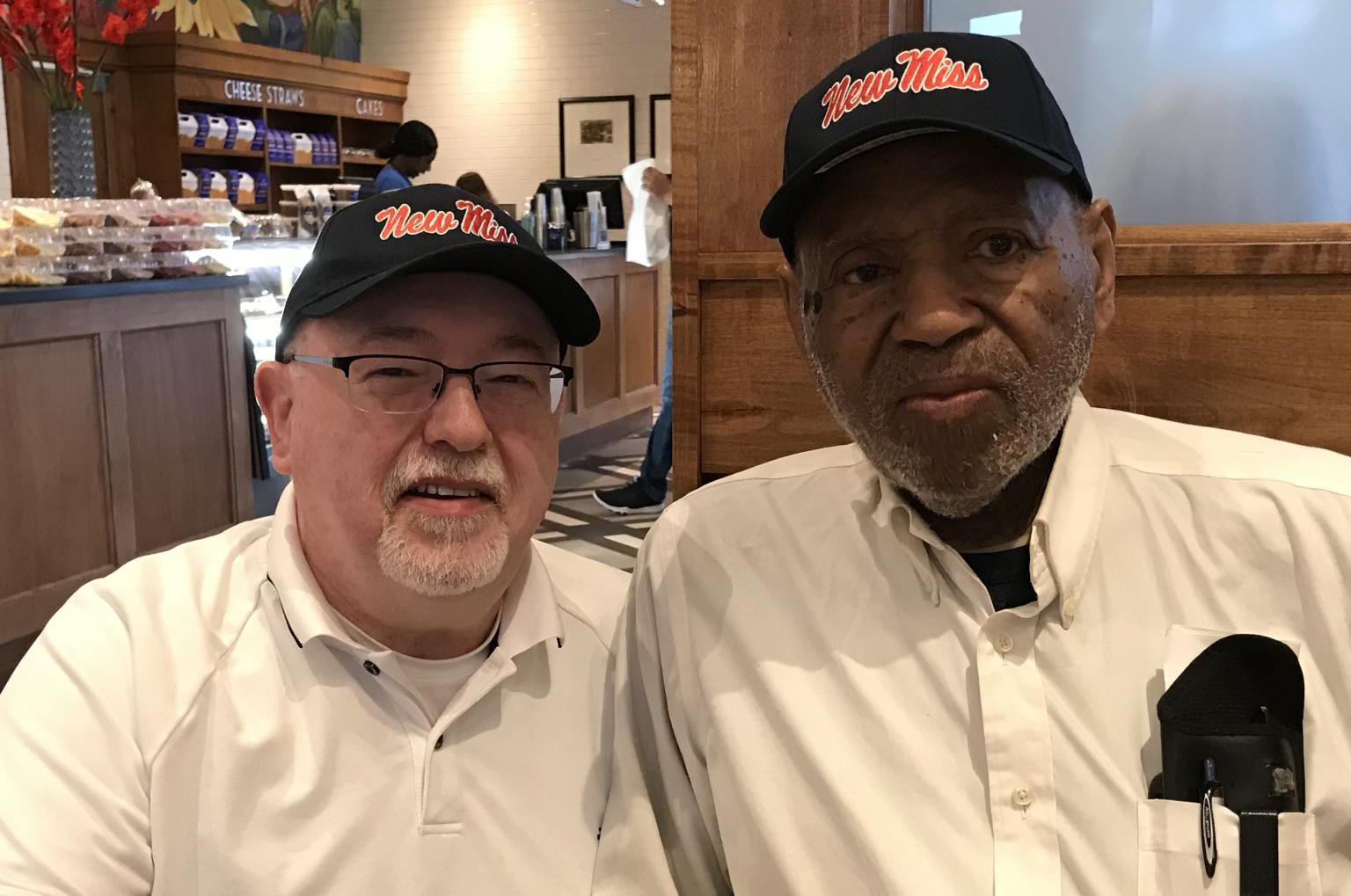 James Meredith (pictured with me, above) is a civil rights icon, the first black student at Ole Miss. A while back my son Tyler saw him in a local store wearing a cap with “New Miss” embroidered on the front. When he told me about it, It had an impact on me. I may be a little idealistic, but to me, that was a symbol of hope that Mississippi would one day escape its racially divisive history. I thought “New MIss” in the Ole Miss logo style was a great visual metaphor (BTW, This was before the new flag design happened). I wanted one, so oI searched online to see if I could buy one somewhere, but came up empty…  so I redesigned the emblem and had it embroidered. The next time I saw Mr. Meredith I gave one to him. Looks better on him!

I found out later the original New Miss hat was given to Mr. Meredith by Pastor Robert West about three years ago. He’s worn it nearly every day since, according to Suzi Altman, a photojournalist and friend of Meredith for the past 20 years. Altman said West had the hat made for Meredith, telling him, “The day you stepped on the Ole Miss campus, it ceased to be Ole Miss. It became New Miss. October 1, 1962, it became New Miss.”

Suzi Altman is developing a line of merchandise that she is offering online. You can purchase a hat or t-shirt here. A portion of the proceeds from the sale of the New Miss merchandise will go to The James Meredith Interpretive Center.

I’m the world’s worst at picking my own stuff to show. But I did manage to pull together a few things. Some are original, some are “director’s cuts”. Some are unpublished. And some are just for fun. If you see something you like, drop me a line and let me know. Also, check out more current work at broderickadvertising.com or the social media links below. I am solely responsible for errors and/or omissions, but— I take zero responsibility for them, ’cause life’s too short to worry about such things.